Clean Fight Is A Safe Way To Kill Army Worms 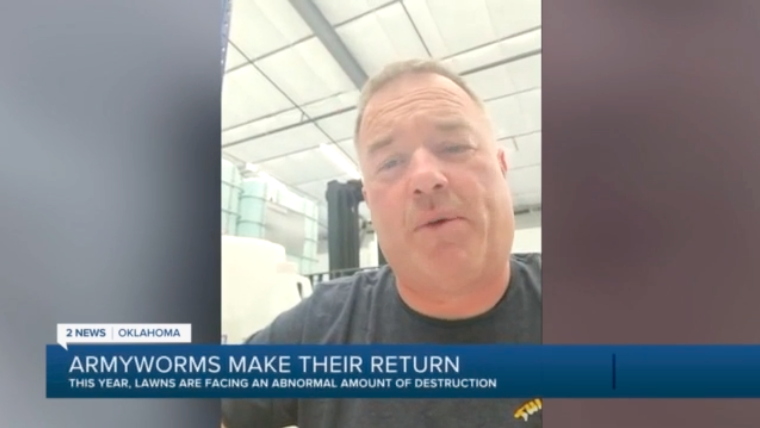 TULSA, Okla. — Has your grass gone from an enjoyable late summer lawn to completely dead in a few days? You aren’t alone. Many of our viewers, including myself, are fighting the same battle and it’s frustrating.

Of course there are harsh chemicals that can combat the worm infestation, but if you’re looking for a safer alternative, Eric Rebek, a Professor of Entomology at OSU, suggests the following.

“Anything that has BT on the label, that’s more of an organic approach because BT is very selective. It only works on caterpillars so you don’t have to worry about contaminating pollinators for instance,” says Rebek.

In addition, Tulsa firefighters figured out that a COVID-19 disinfecting spray they use called Clean Fight also kills them.

“It’s what we’ve been using to fight COVID, STAPH, MRSA, all your bacteria and viruses. We had some armyworms like unfortunately everybody else does so we went ahead and applied some to them and it takes care of them too,” says Keith Hickson, a retired Tulsa firefighter.